A few updates…mainly I had a stare down with a mountain lion! Pretty astounding, a bit nerve-wracking, but generally a very cool experience. Alas I only have a blurry picture to show for it, I was more concerned with making noise and appearing large than getting a great picture.

I’ve done field work for…well a long time. I’ve seen at total of 3 mountain lions over thousands of field hours. Makes you wonder how many times they’ve seen you when you don’t see them. However, yesterday I had one of the longest encounters I’ve ever had.

I was hiking on a trail along the NF American River between Shirtail Creek and Indian Ravine yesterday to collect samples for my dissertation research in both of those tributaries. A relatively recent fire (2013) burned through this area but it was largely a low-intensity burn and the vegetation has recovered quickly. My buddy and I were hiking through the wooded oak forest portion along the trail as it contoured the side of the canyon. 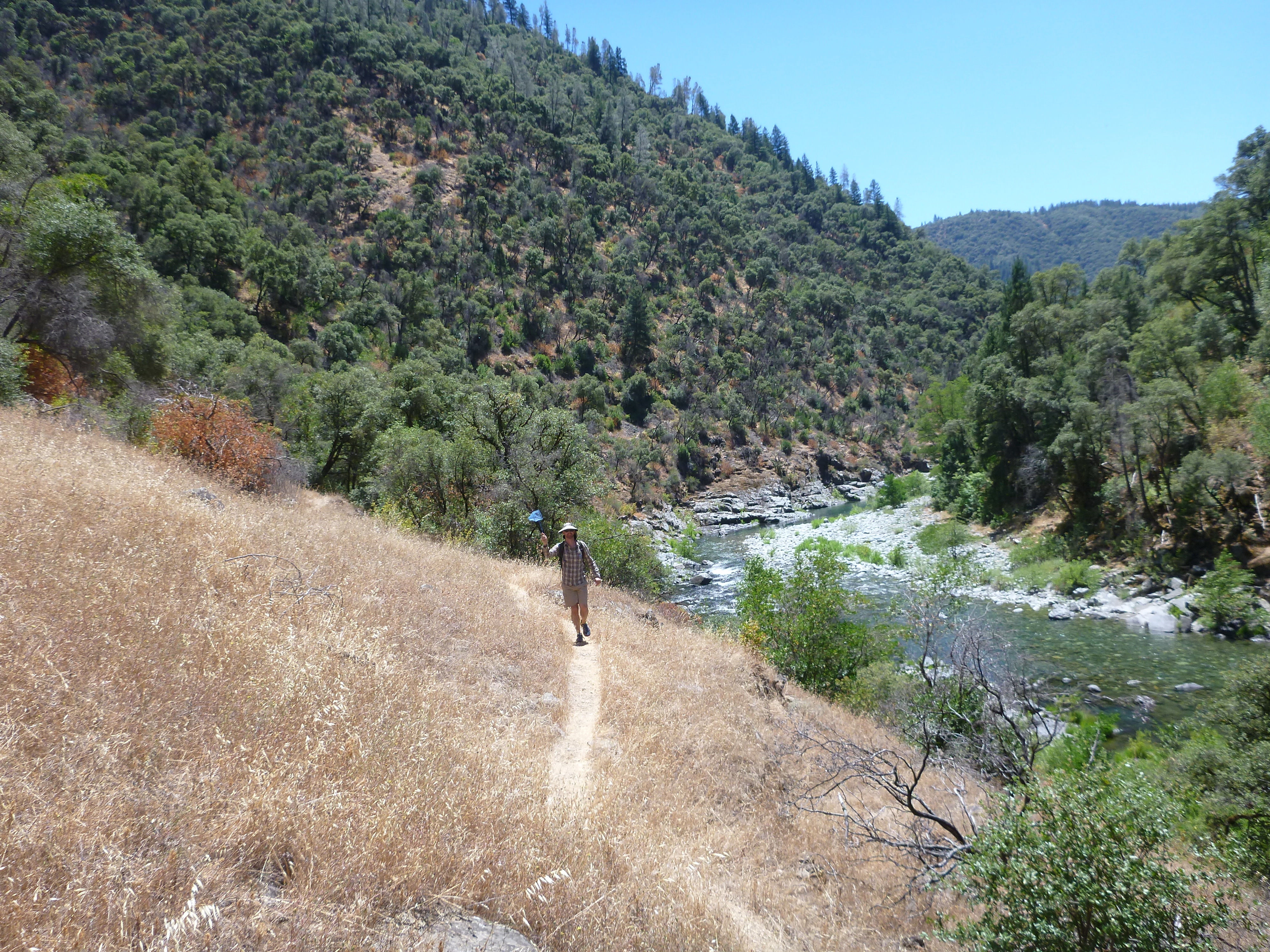 It was mid-day, hot, and there was absolutely no one around in the creeks or on the trail. I heard the bushes rustling ahead and figured it was a deer, as it sounded big. As I got closer I kept expecting to hear something big crashing through the undergrowth which is usually what happens. However, after the initial noise, I didn’t hear anything. At about 10 yards (the tree in the foreground of the picture), I realized something was moving upslope slowly and quietly. It stopped, turned and looked at me, at which point I knew this was an entirely different situation. I was staring at an adult mountain lion who was: a) 10 yards from me, b) completely unperturbed that I was in the trail, and c) in no hurry to go anywhere.

At that moment, I muttered a few choice words followed by “it’s a mountain lion!”. I also was mentally categorizing what was easily accessible and on my person (a 1.5 meter fish/frog dipnet with a wooden handle, a 3” pocket knife on a quick clip, my sunglasses, and a gps). Not sure what I was planning on doing if I had to fend it off with a bug net and my GPS, but it was nonetheless going through my mind. As we continued to just stare at each other at a proximity I was not comfortable with, I yelled to my buddy Jay without looking away to get up here because I was staring at a mountain lion (he was 30-40 yards behind me on the trail but couldn’t see what was happening or where I was) . He proceeded to ask if he should turn around and head the other way. Which wasn’t very reassuring. Anyway, he made it up to me, and as he approached the lion moved further up the hill (to the location it is in the photo), and continued to just watch us, almost curiously. We waved our arms made some noise and it slowly and nonchalantly turned and moved away. It was really amazing. 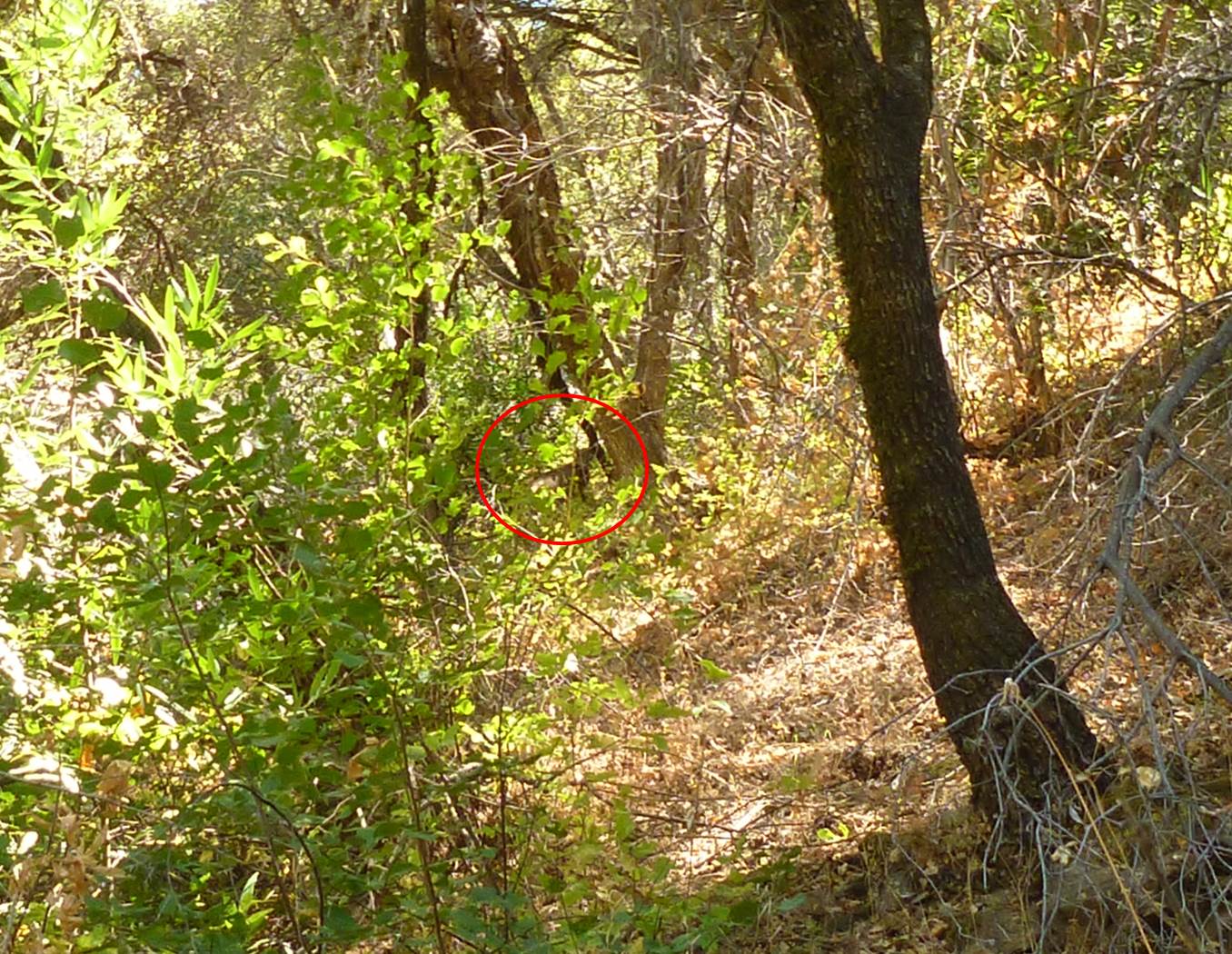 We continued the day but we were certainly looking over our shoulders a bit more. Indian Creek was refreshing and helped mellow out the adrenaline rush of staring into a pair of giant yellow eyes for what felt like forever. Very near where we saw the cat, we smelled something that was likely a carcass of some kind, based on smell it was in a significant state of decay. My guess is that the cat had killed and buried something and was hanging around that area to feed again when we came along. I wish the picture did more justice to the encounter, but I didn’t want to be digging around for my camera while I was within leaping distance of an apex predator! 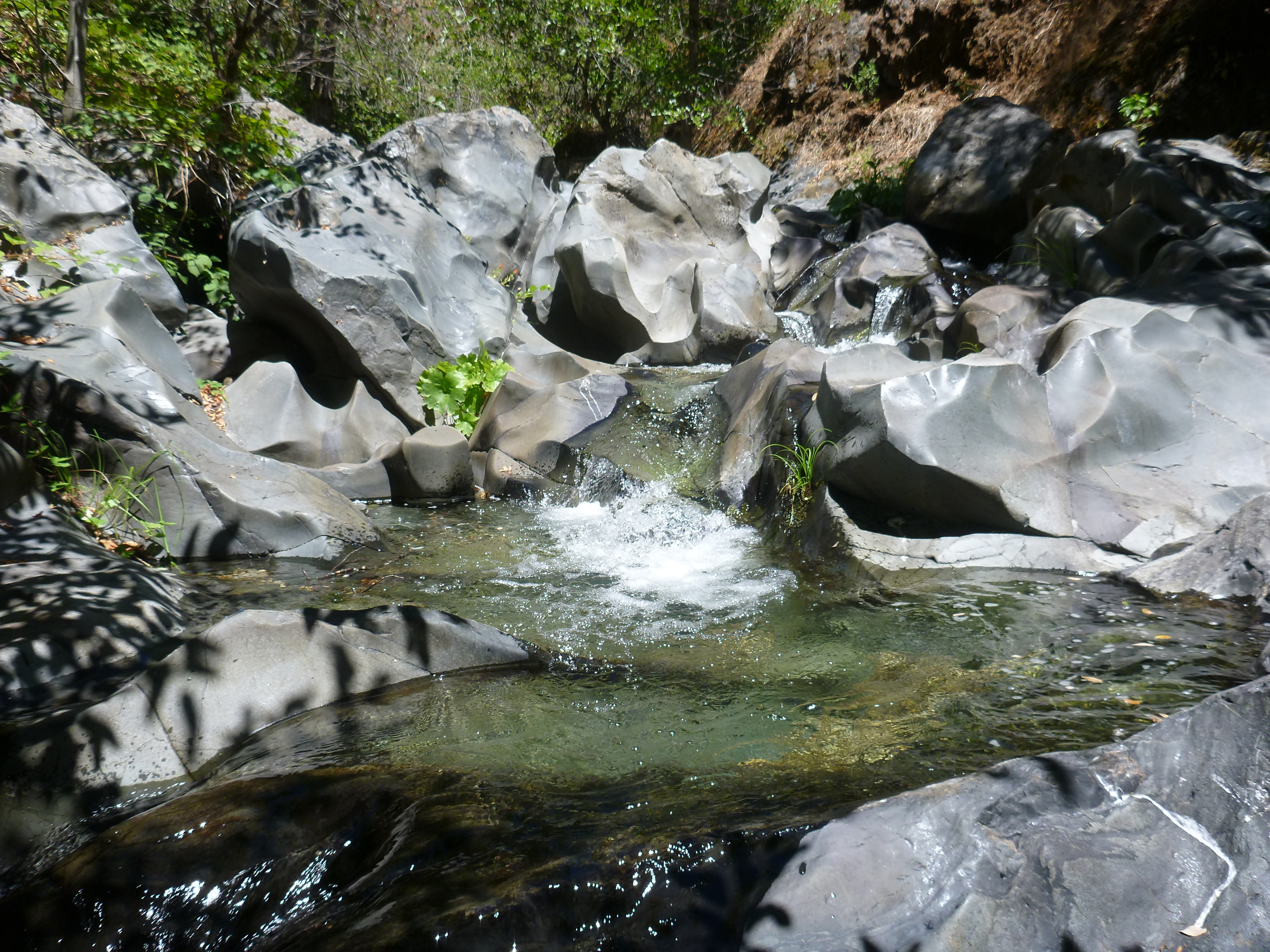 All in all, it was really an amazing and intense experience, and I feel fortunate to have had such an encounter, though it was certainly a reminder that there is still wildness in the wilderness, and we must respect it.